In April 2014, an ill-fated decision to switch water sources triggered a series of governance and infrastructure failures that contaminated drinking water in Flint, Michigan’s seventh largest city, with high levels of lead. For residents of Flint, whose concerns about water quality went unaddressed for more than a year and whose children may suffer the lifelong effects of lead poisoning, the crisis has exacted an indescribable cost and driven deep fissures in public trust. For government leaders and regulators — in Michigan and nationally — it has been a merciless lesson in the political cost of deferring critical infrastructure investments and prioritizing economic concerns over the provision of clean, safe water.

Five officials, including the head of the state’s health department, were charged with involuntary manslaughter on June 14, 2017.

“We also can’t forget about the undocumented immigrants that are here. They’re not going to knock on anyone’s door, so you’ve got to go find them.”

Click to read Bullied in School: A despondent father talks about his sons’ lead poisoning.

“Is this economic racism?” asks Pastor Will Morgan, a lifelong Flint resident, General Motors retiree and reverend of the Apostolic Church, which has become a water distribution point for residents on Flint’s impoverished east side.

Morgan offers a history lesson of Flint’s woes since GM packed up and left town, taking tens of thousands of jobs with it. The economic depression; the soaring murder rates; the state’s imposition of an emergency manager on Flint; the closing of two of the city’s four public high schools (as in Detroit, plaster falls from the rafters, and rats stalk the halls); water rates that were raised five different times; the putrid water that was too corrosive for General Motors, and too risky for Governor Rick Snyder’s own staff, but deemed good enough for Flint residents to drink.

“Because this is Flint, an economically depressed, and mostly black community, this was allowed to go on,” Morgan says.

The five cities under state receivership, he adds, are all Democratic strongholds, whereas Michigan is controlled at all levels of government by Republicans.

Morgan is working with other African American churches in Flint to distribute bottled water. Donations are mounting. A semi-truck came last week from Kansas City; water donations came from a motorcycle group in Detroit; Boston called, too. But he recently saw an elderly woman in an electric wheelchair trying to navigate a snow-covered street with a case of water in her lap. The sight convinced him that the fire stations and the National Guard were not doing enough to distribute water.

“We want to target those who cannot get out,” Morgan says. “We also can’t forget about the undocumented immigrants that are here. They’re not going to knock on anyone’s door, so you’ve got to go find them.”

In the void left by local and state government, churches are stepping up. One of Morgan’s mantras is “If they’re hungry, feed ‘em. If they’re naked, clothe ‘em.”

Morgan’s 4-year-old granddaughter, Malia Rae Brackett, broke out in rashes from bathing in the water. He compared her skin lesions to the Flint child on the cover of TIME Magazine. “She has eczema and her skin broke out after she was playing outdoors. At first we thought it was because of the sun.” Finally, the water’s taste and smell convinced the family to stop using it.

Morgan, himself, limits his showers to three minutes so that the high chlorine count in the water doesn’t burn his skin.

He considers the $US 28 million that Snyder and the legislature have allocated to Flint, and the influx of bottled water, to be nothing more than a Band-Aid.

“The governor says we have a $US 500 million surplus, and he only releases $US 28 million? Shame on you. Shame on you for usurping the rights of people,” Morgan says.

Feed has no items.

Unsafe Lead Levels in Tap Water Not Limited to Flint

Key figures: What they knew, and when

House panel on Flint water: Failure at every level 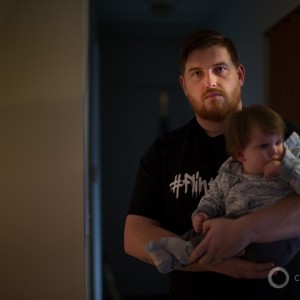 Mike Martinez stands in his modest living room in Flint, Mich., holding his son. Mr. Martinez said with despair that he fears for his children’s future, a lifetime that could be forever tainted by lead poisoning. 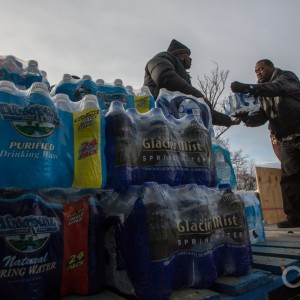 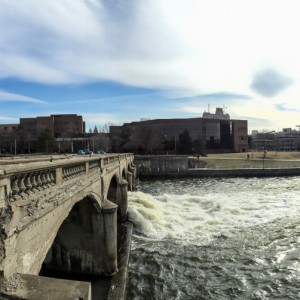 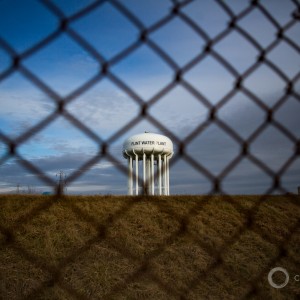 A despondent father talks about his sons’ lead poisoning.

Davon Davenport, a 9 year-old fourth grader in Flint, used to get A’s and B’s in his classes. But his grades have plummeted over the last two years. His father, David, thinks his eldest son was poisoned by lead in their drinking water. Davon has been diagnosed with Attention Deficit Hyperactive Disorder, and fellow students now bully him.

“The kids pick on him in school,” said Davenport. “They ask him if he’s high.”

The boy’s slide coincides with the Flint water crisis, and the lead that leached into the public water system after the city switched to the Flint River. David Davenport, 48, began to notice dark scars on his body about 18 months ago, and he attributes it to baths he took using municipal water.

He also noticed that every time he tried to cook with the water or make Kool-Aid he immediately had to use the restroom.

His 6-year-old, Deshaun Jenkins, has been diagnosed with Oppositional Defiance Disorder since Flint’s water was poisoned. Davenport says the boy has attitude problems in school and flips off his teacher and other students.

The single father of three holds government officials accountable for the crisis, from the Flint city council to Gov. Rick Snyder.

Davenport, who served on Flint’s board of education for 6 years, is grateful for the free bottled water that has descended on his town, but he wants the state or federal government to set up a free hospital that can test for lead.

“If you really care, stop playing politics and get everyone in this city tested, on the state’s dime, to see if their life is in danger.”

The water crisis has destroyed Davenport’s trust in his elected officials.

“Rick Snyder says, ‘I got rid of (culpable state environmental officials). Trust me again’… No! I’m not gonna give you two times to kill me.”