California’s Central Valley produces more than half of America’s produce. But the summer of 2015 marked the fourth year of a monumental drought. See the project at http://mediastorm.com/clients/life-after-water-for-verse 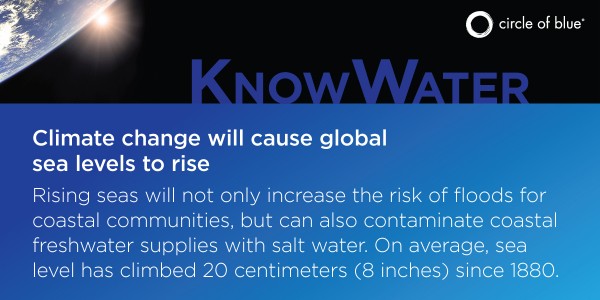 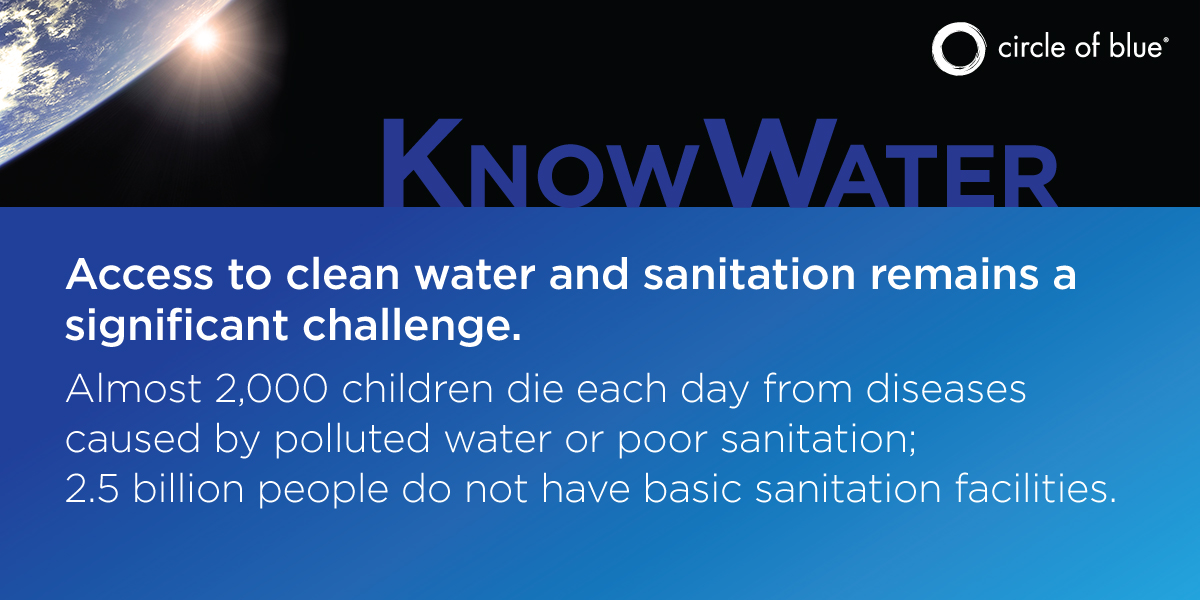 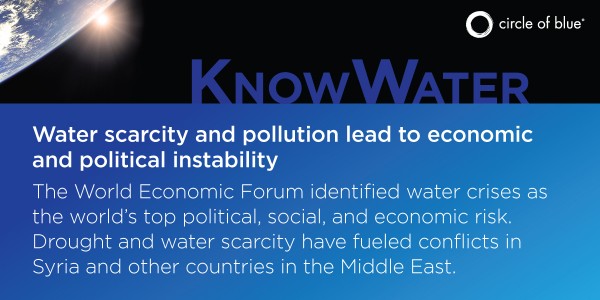 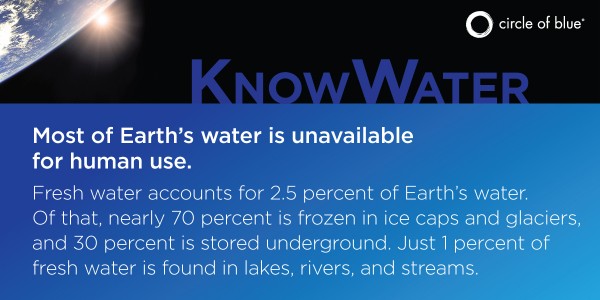 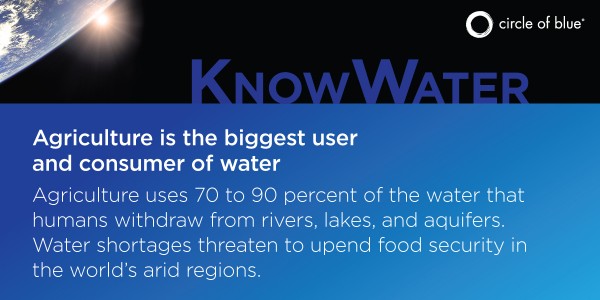 The 24th World Water Day, which occurs on Tuesday with events held all over the world, will be celebrated by the Obama administration with a “White House Water Summit” in Washington, D.C. The administration’s conference theme is innovation, technology, and collaboration to build “a sustainable and secure water future.”

Such language is a departure for senior leaders of the United States in evaluating the condition of the nation’s water. For almost all of its 240-year history, with only episodic interference from nature (the 1930s Dust Bowl),

Until very recently, when asked ‘Where does your water come from?’ most Americans replied, ‘The tap.’

and one big intervention from man (the clean water campaigns of the 1960s and 1970s), the United States has been a place that largely took its water supply and quality for granted. Until very recently, when asked ‘Where does your water come from?” most Americans replied, ‘The tap.’

How quickly things can change in a new century of rapid ecological and economic transformation that has put water supply and quality at the forefront of public priorities across the United States and around the world.

Water Is a Priority
There is nothing like a four-year drought in America’s largest state, a two-year drought in its second largest state, the poisoning of hundreds of children exposed to lead-contaminated water in Flint, and the poison algae that shuts public water systems and now blankets Lake Erie each summer to convince President Obama and his aides to pay attention.

And there is nothing like water shortages in São Paulo, Brazil, a deep two-year drought that is crippling South Africa’s grain harvest, a Syrian civil water touched off by a four-year drought, and a Himalayan flood in India that killed an estimated 30,000 people and laid waste to big hydropower dams to attract the concern of global leaders.

These and other calamities affecting access to and adequate supplies of fresh water are elevating the world’s water to a new position of gravity and priority.

Access to and adequate supplies of fresh water are elevating the world’s water to a new position of gravity and priority.

Water security is a new organizing principle, flowing into every corner of the human experience and affecting every dimension of the natural world.

A research paper published this month in Nature, the prestigious science journal, found that two thirds of the world’s people do not have adequate access to water for at least one month per year. Like the hundreds of millions of villagers and slum dwellers in India who transport water in buckets from community wells and tanker trucks, or Africans who rely on knee-high standpoints in informal settlements, the majority of the world’s citizens are well aware that water is an essential resource never to be taken for granted.

Now the other third living in homes and working in offices with easy access to running water will not take it for granted either. California homeowners, their lawns and golf courses turned brown as the desert, faced mandatory cutbacks in water use last year established by the state government. And for the first time the state began regulating groundwater supplies.

Pay Attention, Things Are Changing
Nor will business executives this century see water as anything less than an essential resource that requires clear assessment and long-term care. Just ask the front office personnel at Duke Energy, the largest electric utility in the United States. Duke Energy’s revenue stream is affected, and its stockholders are getting restless, as the company’s losses mount due to the world’s changing climactic conditions. The big investments the company made in more than 2,000 megawatts of hydropower in Brazil are not generating the levels of electricity Duke Energy anticipated because of a severe drought last year that reduced water levels in rivers and reservoirs. In February, Duke Energy announced it wanted to sell its Brazilian hydropower holdings.

The next great chapter in understanding water’s role in global affairs — the relationship between water and the international financial sector.

Since 2013 the United Nations, which launched World Water Day in 1993, has managed the annual global event according to themes that have become increasingly urgent. In 2013 it was water and cooperation. In 2014, water’s role in generating energy. Last year it was water and health. This year it is jobs.

Another of the significant steps — beyond World Water Day — is that the UN established Sustainable Development Goals, adopted in September, that not only embrace water as a priority, but name it as central to achieving other international goals for well-being. This is a fresh and widely welcomed compass heading for responding to the world’s most persistent challenges.

Coming soon for the United Nations and other important international institutions is the next great chapter in understanding water’s role in global affairs — the relationship between water and the international financial sector. Three of the world’s crucial economic sectors — agriculture, energy, and mining — are reeling due to changing hydrological cycles.

Those changes — more powerful and frequent floods, deeper and more frequent droughts — are factors in stranding valuable assets. Adequate supplies of water, and vulnerability to droughts and floods, are is starting to influence investment decisions surrounding trillions of dollars in play in global financial markets.

Big institutional investors and banks, like JP Morgan Chase and sovereign wealth funds, are making decisions to divest from fossil fuel companies. Due to their consequences on the Earth’s ecosystems, declining market value, and the availability of cleaner and less expensive alternatives, energy resources like coal, and to some extent oil and uranium, are started to get stranded as economic assets. The rising risk from financing conventional energy sources also is beginning to strand industrial assets too, the installations — power plants, hydropower dams, smelters, important mining and agricultural equipment suppliers — that process and consume those resources.

Global coal prices have fallen to below $US 43 per metric ton, less than half the price in 2008.

In India, the powerful 2013 Himalayan flood in Uttarakhand destroyed hydropower dams and convinced several companies to exit the hydropower industry, selling dams at a fraction of their operating cost.

In China, as national leaders pivot on coal mining and coal-fired power to conserve water, reduce pollution, and make the transition to cleaner renewable energy sources, hundreds of mines are closing. With much less demand from China, global coal prices have fallen to below $US 43 per metric ton, less than half the price in 2008.

In South Africa, two immense 4,800-megawatt coal-fired power plants, Medupi and Kusile, are years overdue, more than $US 20 billion over budget, and are factors in the nation’s economic turmoil. By the time they are projected to be finished in the early 2020s, water scarcity in the rivers that supply process water to the two plants may prevent both from operating at full capacity.

It is grave, complex, and unanticipated conflicts like these that are turning World Water Day into a signature annual international event. Given the circumstances emerging around water it also would be a good idea for the next president to make the White House Water Summitt an annual event as well.