Marine Blooms of Harmful Algae Increasing in Europe, Much of the Americas 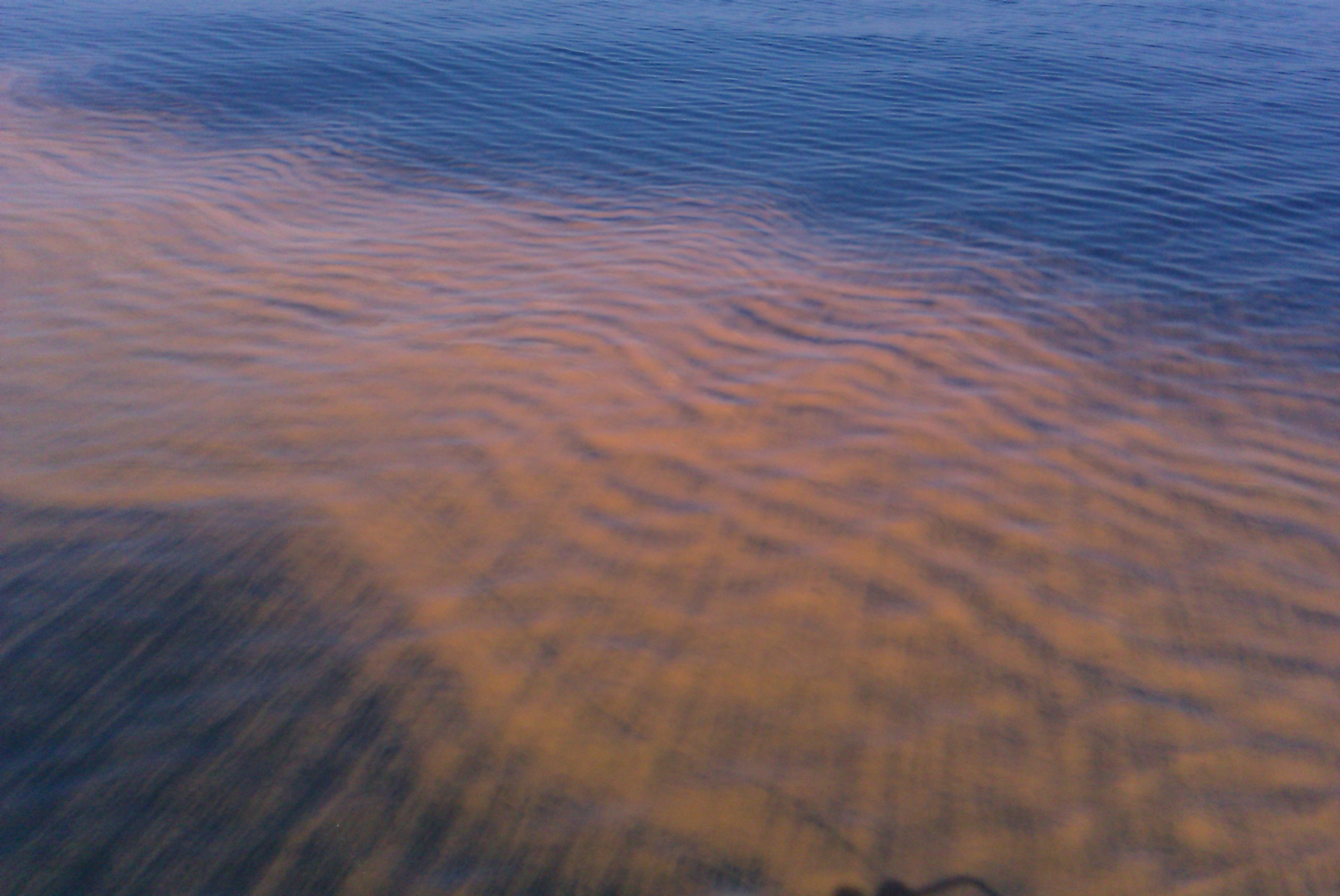 A bloom of Noctiluca scintillans, a single-celled algae, was seen off of Florida’s Panhandle in February 2011. Photo courtesy of Flickr/Creative Commons user FWC Fish and Wildlife Research Institute

Microscopic phytoplankton, which are the foundation of the marine food chain, are some of the world’s most abundant and ancient organisms. Though essential, they produce plenty of drawbacks, too. When they cluster along the coast, certain species paint the nearshore waters in a palette of fiery reds and mossy greens. Other toxin-producing species cause beach closures, kill fish, and lead to restrictions on harvesting clams and oysters. A particularly devastating bloom on the Chilean coast in 2016 killed an estimated 27 million farmed salmon and trout.

Anecdotal evidence suggests that these marine harmful algal blooms are on the rise. But are they really increasing globally?

According to a first-ever assessment, the answer is no. More than 30 years of data did not provide a clear signal on a global trend. But that is also perhaps the wrong question to ask, says Gustaaf Hallegraeff, the study’s lead author. Understanding the risks posed by harmful algal blooms and their causes requires a narrower focus.

“Every region behaves differently,” Hallegraeff, an emeritus professor at the University of Tasmania, told Circle of Blue. “Every species behaves differently. We’re not making any progress if we try to combine all of that and make a prediction for the whole world. This work shows very clearly that we need to study this problem region by region and species by species. That’s the only way we can make progress.”

The UNESCO-backed study, which was published June 8 in the journal Communications Earth and Environment, is a sign of progress. Inspired by the UN’s collaborative effort to assess the consequences of climate change, the seven-year project brought together an international team of scientists to parse the data on marine harmful algal blooms.

Though lacking proof of a global trend, the study did find evidence of regional variations. Marine harmful algal blooms are decreasing along the west coast of North America and in Australia and New Zealand. The number of blooms is rising in the U.S. Gulf Coast, Caribbean, Central America, South America, northern Asia, northern Europe, and the Mediterranean. There was no trend along the east coast of North America or in Southeast Asia.

“Every species behaves differently. We’re not making any progress if we try to combine all of that and make a prediction for the whole world.” - Gustaaf Hallegraeff, emeritus professor at the University of Tasmania Click To Tweet

To do the analysis the team referenced two data sets. The first is a broad accounting of the occurrence of blooms worldwide. The other is narrower, documenting cases in which blooms caused economic or social harm. That data set includes more than 9,500 instances since 1985 where blooms closed beaches, killed fish, or poisoned people and shellfish. Around 200 algae species are known to produce toxins that are dangerous to aquatic life and humans.

By cross-referencing the data sets, the researchers found that the supposed global increase in blooms is due to better monitoring. In other words, we’re seeing more harmful algal blooms simply because we’re looking for them — and because more coastal development is putting more human activities in harm’s way.

One prominent example of coastal development is the dramatic rise of fish and shellfish farms. Global aquaculture production increased 16-fold between 1985 and 2018, which is the study’s period of analysis. More fish farms are leading to more awareness of the blooms, Hallegraeff said. Because they introduce huge volumes of nutrients into nearshore waters, fish farms might also be contributing to the blooms. But more data is needed to draw a firm conclusion for that connection, he said.

The study did not investigate freshwater harmful algal blooms, which are also assumed to be increasing globally because of more nutrients in lakes and rivers and warmer water temperatures. Hallegraeff said a similar research project for freshwater blooms would be relevant and welcomed.

That’s not the only item on the researcher’s to-do list. Hallegraeff said that the trend study is a starting point for further investigation. He wants to incorporate layers of data on climate change, nutrient inputs from aquaculture and agriculture, and ocean dynamics. Those factors could help to explain what is driving algal growth in certain regions. It could also aid in forecasting blooms.

“Can we better predict in the future what’s going to happen in those areas?” he said. “That is not easy work.”

The Stream, June 8, 2021: Brazilians Will Have Power Despite Historic Drought,...

The Stream, June 9, 2021: Expert Warns Against Dam Development in Murray-Darling...
Scroll to top